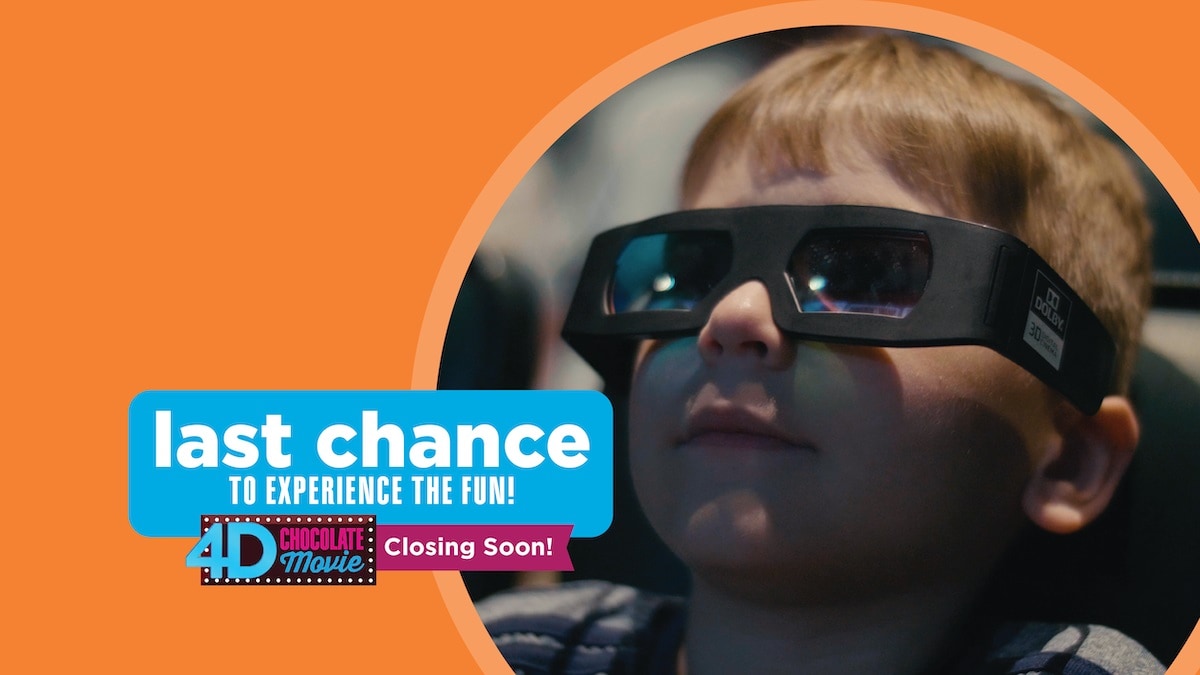 As the saying goes, all good things must come to an end…but in this case, we’re bidding adieu to our beloved 4D Chocolate Movie to make room for something even bigger and more delicious! As we count down to the 50th anniversary of HERSHEY’S CHOCOLATE WORLD Attraction in 2023, the excitement is mounting for a new out-of-this-world experience, set to open for summer. But first, Hershey superfans, we invite you to catch the 4D Chocolate Movie one last time before it’s too late. On September 5, we’ll close the curtain on its final showing.

Checked out the show before? Don’t let that stop you! With 100+ variations, you can experience this interactive movie over and over and never see the same story twice.  Jump in and become part of the journey, embarking on a mysterious adventure through the HERSHEY’S Chocolate Factory alongside your favorite characters, HERSHEY, REESE and KISS.

After all, it’s this “real time” aspect of the show that makes it so special. Guests have enjoyed stunning digital animation and a whole slew of special effects since the attraction’s opening in 2002, but it was during enhancements in 2013 that several exciting industry firsts were introduced.

The world’s largest year-round digital puppeteer staff was brought on board, created in partnership with JIM HENSON’S CREATURE SHOP™. These puppeteers bring the characters to life with custom audio tracks and nearly 500 audio cues, cut together in real time. And they do it all based on their audience’s choices and participation. Real-time video capture also allows puppeteers to see guests and “put” them in the show.

A Tribute to the Chocolate Mystery 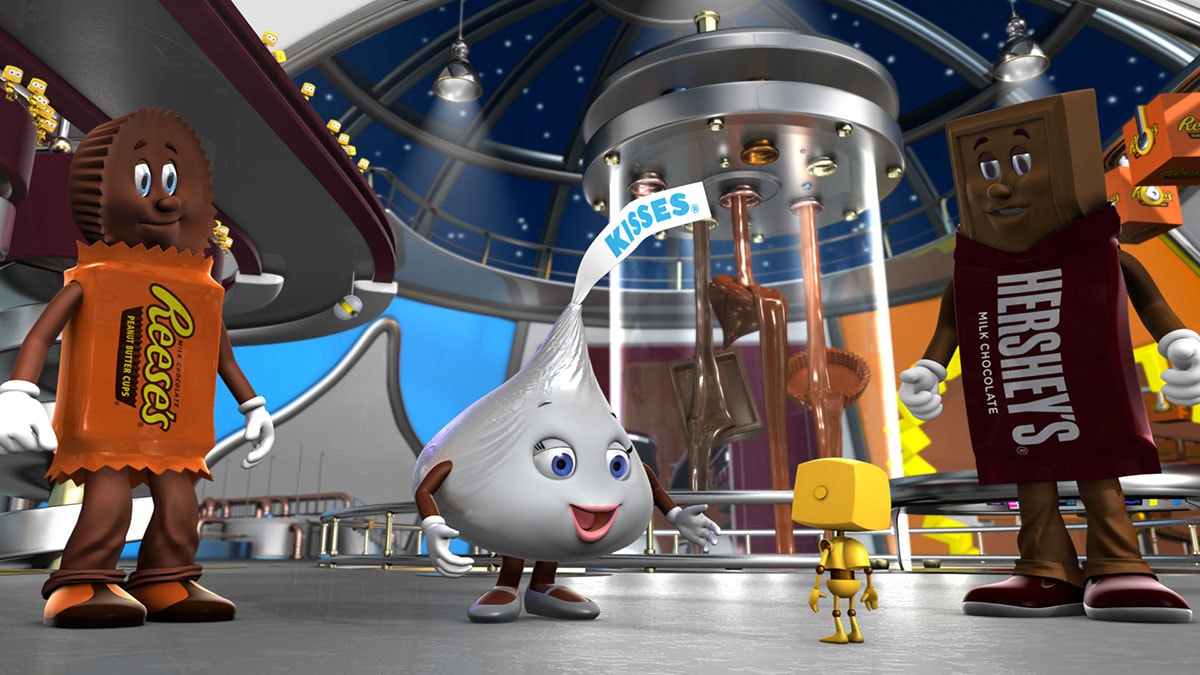 "As a first-of-its-kind attraction with a live performer, we set a bar that other venues emulated," said Kurt Dise, one of the original puppeteers, pictured below with teammates. "Performing in real time, you have to listen to your audience. Our guests are the drivers of the experience, as puppets do not control the narrative. Spontaneity and being able to react to guests appropriately without missing a beat have been some of the most challenging, yet funnier moments of this experience."

This level of spontaneity and live interaction has long made the show a unique and favorite experience among both guests and employees alike.

"Over the years, we have celebrated thousands of birthdays, anniversaries, graduations," reflected Dise. "Honored our veterans. Entertained guests from every continent and almost every state in the US. Guests that have returned to our show so often, we know them by name, our 'regulars.'  We have shared countless funny moments, poignant moments and even marriage proposals in our shows. A birthday for a young lady named Symphony, who got her name due to her mother's cravings for [HERSHEY'S] Symphony bars during pregnancy. The guests are always what make this attraction work. They give the puppeteer the best material to work with." 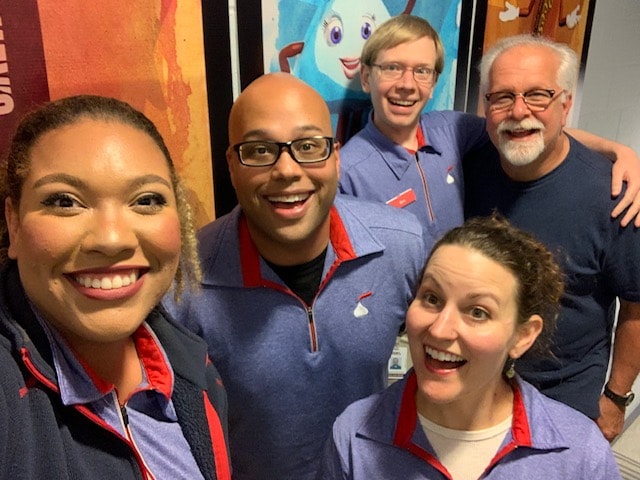 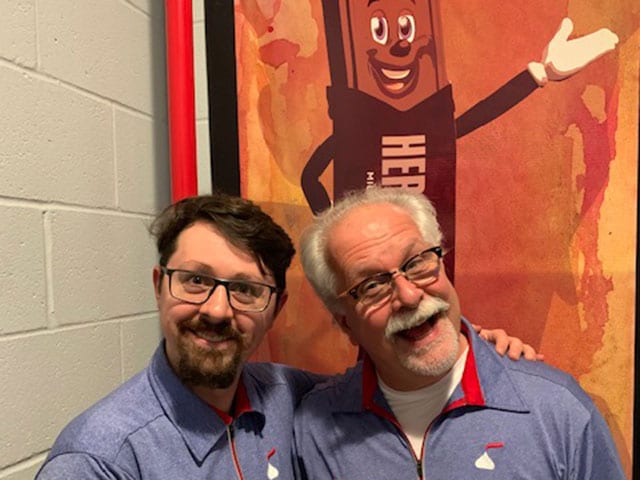 So, sure – we’ll shed a tear alongside you as we say goodbye to one of our original attractions. After all, it inspired us to create even more interactive chocolate-y fun for our guests over the years, including Create Your Own Candy Bar in 2010, HERSHEY’S Unwrapped in 2019 and REESE’S Stuff Your Cup in 2021.

But don’t fret – there’s so much excitement in store. Take advantage of this last chance to experience the 4D Chocolate Movie, and stay tuned as we roll out all the 50th anniversary surprises!

Join us on more Adventures in Chocolate! 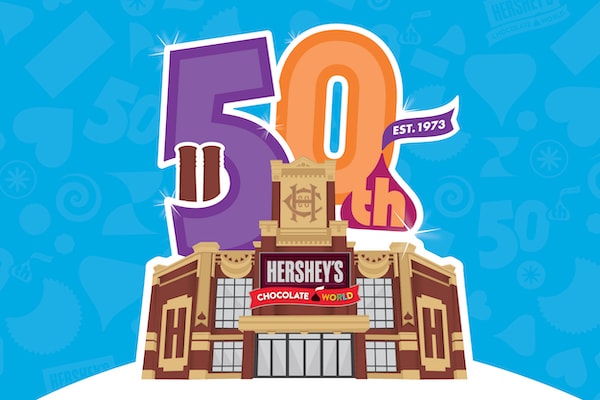 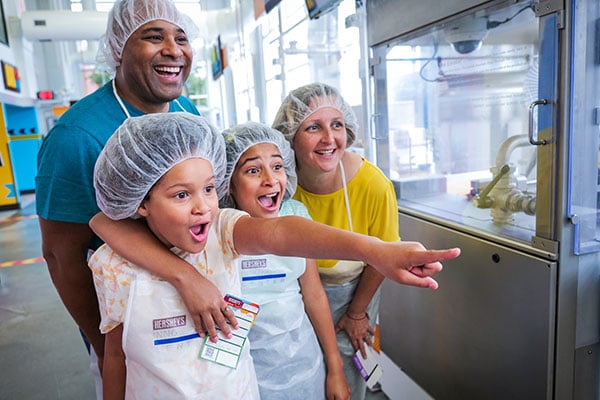 Tip: reserve in advance for our attractions to guarantee your preferred day and time.

Join us on more Adventures in Chocolate!

Tip: reserve in advance for our attractions to guarantee your preferred day and time.